The Native Youth Program at The Museum of Anthropology

The Native Youth Program (NYP) is a collaborative work-study program that runs out of The University of British Columbia’s (UBC) Museum of Anthropology (MOA). It provides students with an opportunity to learn about traditional and contemporary Northwest Coast cultures from their own experiences and research, and from local First Nations guest speakers. They also learn about the resources at the First Nations House of Learning at the UBC campus and MOA. They develop skills in public presentations using objects and visual aids at the museum. Participants share this knowledge with other students and museum visitors through guided tours, presentations and creative art projects such as short films, zine creation and fashion design. The NYP is the longest running Aboriginal youth program in BC, with 182 students over the last 35 years. 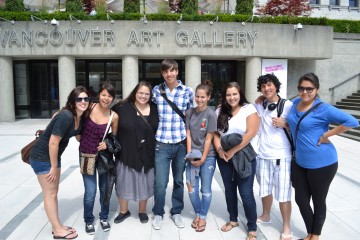 The Citizens of Tomorrow and The Native Youth Program connection

What we are looking at in terms of the NYP is the way in which they have used digital media like short films and vlogging as a way for their students to express issues surrounding their own issues of personal identity as urban Aboriginal Youth.

“The process for creating these films started with class discussion. In our sessions we would talk about stereotyping, experiences in school and life, and literature and films they had seen. What we found was that most of the students were craving a space in which to talk about these issues and were genuinely surprised by their similar experiences. Most of them had grown up off reserve and each of them felt a degree of alienation with the Aboriginal community in some way. As the weeks went by, the bond between the students grew and so did their awareness of who they were as urban Aboriginal youth.” (Francine Cunningham,Who I (really) am: An exploration of urban Aboriginal identity through short films. The Canadian Art Teachers, 12(2), 29-38) 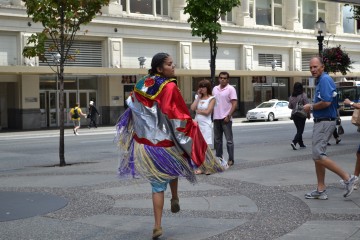 For more information on the Native Youth Program visit: