MOA invited the public to attend Assert, Defend, Take Space a conference by Aboriginal youth on identity, activism and film.
The daylong event featured screenings of over a dozen short films followed by panel discussions with young Aboriginal artists and activists, many of whom are featured in the exhibit Claiming Space: Voice of Urban Aboriginal Youth curated by Pam Brown and Majia Tailfeathers. Themes of the sessions include: Youth Identity Politics, and Sovereignty, Deconstructing the Objectification of Indigenous Women, and Environmental and Youth Activism.

This event was made possible by the two SSHRC grants: Citizens of Tomorrow: Investigating the Impact of Community Media Arts Practice on Marginalized Urban Youth (PI – Dr. Kit Grauer) and Youth Arts Practice as the Production of Knowledge in Community Development (PI -Dr. Ching-Chiu Lin). It was an amazing opportunity for the young aboriginal artists and filmmakers to further share about their lived experience and artistic exploration, while for the researchers and those in the audience, it was a privilege to be able to engage in such an important discussion of the world that we live in today. 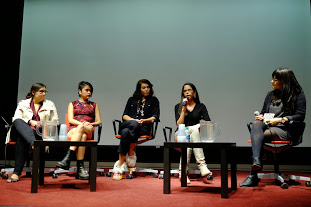 If you would like to watch the panels they have archived by The Irving K Barber Learning Centre at UBC and can be found online here:

Matt Wildcat: Matthew is a PhD student in the Political Science department. He intends to explore a history of Indigenous political formation within the context of colonialism.

Rose Stiffarm: Rose is a Native mixie of Siksika, Chippewa Cree, Tsartlip, Cowichan, A’aninin, Nakota, Scottish, & French descent born and raised in Seattle, WA. She is an artist whose work spans several types of media: print, textiles, with her primary focus in film. Rose is a mentor and a board member for the award-winning Seattle based non-profit organization Longhouse Media.

Marja Bål Nango: Marja Bål Nango is a Sámi artist and filmmaker from Galgujávri in Norway and one of the artists in the exhibit. During Riddu Riddu Indigenous Festival 2011, she was the young artist of the year, where she had a solo-exhibition of art and her own film program. She will be skyping in.

Kelsey Sparrow: Kelsey is a Musqueam youth based in Ladner, BC and is one of the artists in the exhibit. She is also a former NYP participant. The drum she submitted is a reflection on the fluidity of traditional art forms. It is a marrying of Salish design using unconventional contemporary design.

Salia Joseph: Salia Joseph is of Squamish, Snuneymuxw and European decent. She participated in the 2014 F-Word Conference, presenting on “Indigenous Feminisms & the Politics of Recognition.

Ellena Neel: Ellena is a multi-media artist who explores materials, text and identity to help others understand Native events and issues and is one of the artists in the exhibit. Her submission to the exhibition explored Native Halloween costumes that often sexualize and disrespect Aboriginal women.

Kelli Clifton: Kelli is from the Tsimshian nation and is one of the artists in the exhibit. Her canvas The Male Gaze is a response to Laura Mulvey’s theory “The Male Gaze,” and causes the audience to experience the same discomfort that women often feel while being subjected to the male gaze.

Andrea Landry: At the World Conference of Indigenous Women in Lima Peru, Andrea spoke on issues of Colonial vs. Indigenous ideologies regarding sovereignty and nationhood. Andrea’s number one issue is violence against native women.

Jeneen Frei Njootli: Jeneen is one of the artists in the exhibit and her works have been published in Boulderpavement (2013), Kimiwan Magazine (2012), SAD Mag (2012), What’s Up Yukon (2012), Oops Magazine (Japan, 2012) and Rewire (2008). Her submission focused on the sexual objectification of Indigenous women and its relationship with textiles.

Anna McKenzie. Anna is one of the artists in the exhibit and is a First Nations Studies major at the University of British Columbia where she hopes to further pursue a degree in Aboriginal Law. She is passionate about the resurgence of traditional ways of knowing as well as youth mentorship, creative expressions of articulating and sharing identity, and Indigenous feminisms.

Brigette DePape: Brigette first became known for her 2011 protest during the Throne Speech holding the sign “Stop Harper.” She has since been an active ally and activist around environmental issues.

Emilio Wawatie: Emilio Wawatie is an Anishnabe from Kitigan Zibi and is on the artists in the exhibit. He was the spokesperson at the United Nations Permanent Forum on Indigenous Issues in 2013.

Cody Lecoy: Cody is one of the artists in the exhibit and has been the recipient of two consecutive scholarship awards with the YVR Art Foundation in 2011 and 2012. Cody submitted two acrylic paintings to the exhibition, addressing environmental issues and urban landscapes. 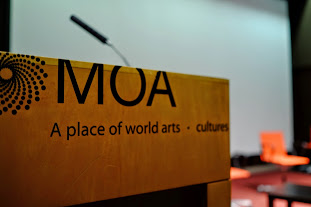