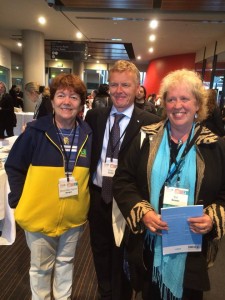 CoT was in full swing this July as part of the team (Jill, Ching, Kit, Anna and Martin) headed down to Australia. As part of the conference they presented  a panel titled Digital Literacies and medias with other international art educators. On of the presentations was called Experiencing becoming through filmmaking in the digital age and was given by Anna and Kit.

The team also also had the opportunity to go see some great exhibitions and interact with great minds in the art education community from around the world.

“To present in Melbourne for the InSEA conference was an rare occasion for the C.O.T. research team to align its results from the various sites with another context, the Australian one, that is very close in many aspects to the Canadian one. By presenting multiple papers on the various issues addressed in the broad C.O.T. enterprise, every present contributor was able to benefit from the insights of the latest international studies in order to situate the exact niche where our effort situates itself.

Since Australia share common roots with Canada through its British foundations, it was also extremely relevant when it came to educational politic questions. For example, through their attendance at the conference papers addressing how informal art teaching practices are informing the national curricular guidelines for the general training program in Australia, the Canadian C.O.T. researcher were able to compare the similarities and disparities between the two contexts. One of the main interests in considering the researches out of Australia is that it is an isolated country, alone on its continent, evolving on in a particular ways. If we compare it to Canada, it doesn’t suffer the direct influence of a strong neighbour like the U.S.A., at least on the socio political level. With a modest but stable economy, with a growing population where new comers play an important part and where vast territories are deserved by scarce resources just like in Canada, the comparative exercise that one operates when considering the local issues and challenges was highly beneficial in terms of opening the perspectives ahead of our own research results.

Finally, the high standards and rigour of the work disseminated on the InSEA platform represented an efficient way to strongly establish the C.O.T. research contributions on the International academic scene. By addressing each Canadian sites and by gathering members from each team, we were able to cover the full scope of the study objectives.” (Martin Lalonde)

Citizens of Tomorrow, experiences at INSEA

Maree Clarke a Mutti Mutti, Yorta Yorta, Boonwurrung artist was a keynote speaker at INSEA. She spoke about working with students on a possum skin coat. I saw her installation referencing small pox at the Bunjilaka Cultural Centre at the Melbourne Museum. I thought it was an inspiring way to present this history – using a visual artist to represent this loss. The titles of the work are: Kopi women in mourning 2010; Kopi men in mourning 2010; Children in mourning 2013. My photographs do not do them justice. (Jill Baird) 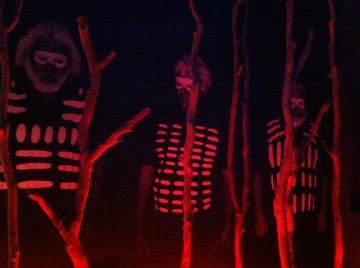 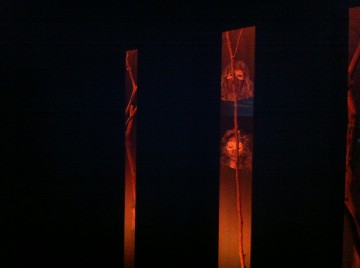 Another artist’s installation at the Bunjilaka Cultural Centre at the Melbourne Museum about the Stolen Generation of Aboriginal children entitled Empty Coolamons: In memoriam to the Stolen Generations by artist Robyne Latham. A coolmon is a basket like vessel used to gather food and as a cradle. The installation was exquisite while also being sad and mournful. My photos do not do it justice either. (Jill Baird) 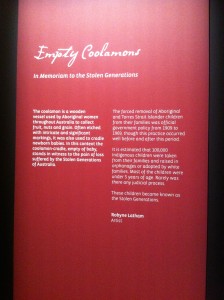 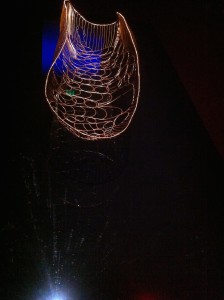 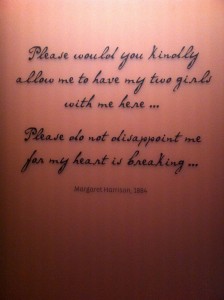 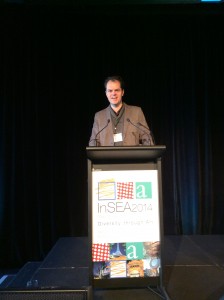 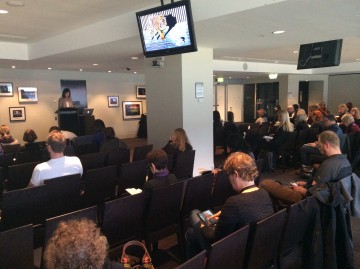 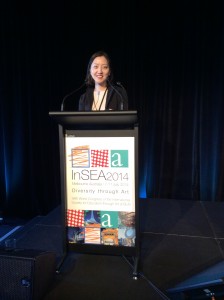 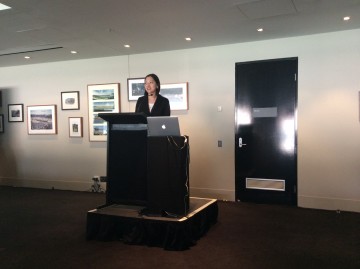 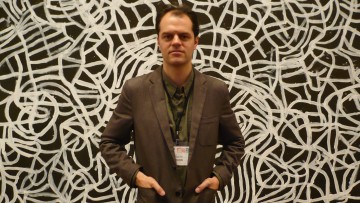